If you need to rename several files at the same time, in this tutorial I will show you a couple of ways to do it.

There are several “batch rename” software in Linux (like KRename), but Thunar’s Bulk Rename is the default software for this file manager used in XFCE. You can add the files with the “+” button and select the type od rename you want to perform: modify audio tags, insert date/time in the filename, insert or overwrite characters, numbering, remove characters, replace, and change to uppercase or lowercase. 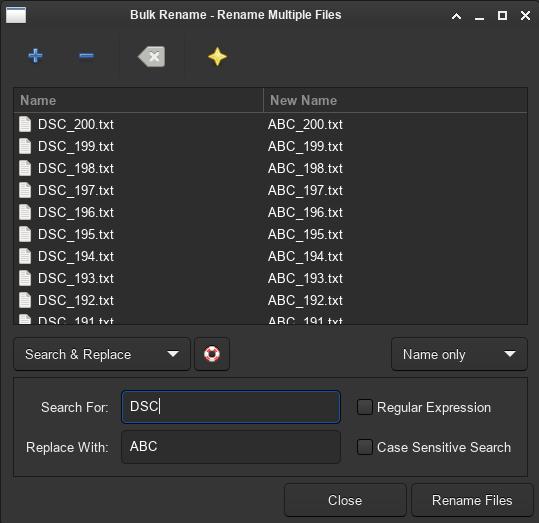